Could Have Done Anything, Been Quiet Even 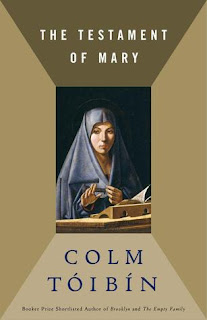 Not one of you was normal, I said, and I watched him push his plate of half-eaten food towards me as though he were a child in a tantrum. Yes, misfits, I said. My son gathered misfits, although he himself, despite everything, was not a misfit; he could have done anything, he could have been quiet even, he had that capacity also, the one that is the rarest, he could have spent time alone with ease, he could look at a woman as though she were his equal, and he was grateful, good-mannered, intelligent. And he used all of it, I said, so he could lead a group of men who trusted him from place to place. I have no time for misfits, I said, but if you put two of you together you will not only get foolishness and the usual cruelty but you will also get a desperate need for something else. Gather together misfits, I said, pushing the plate back towards him, and you will get anything at all – fearlessness, ambition, anything – and before it dissolves or it grows, it will lead to what I saw and what I live with now.

Excerpt from The Testament of Mary
by Colm Tóibín

I get that this is supposedly a woman's perspective, and that the best of men from this fictional point of view are the ones who keep silent, but I like to take things out of context. Being quiet is a rare quality. I'm sure many do so with clenched teeth.

I enjoy silence now and then. Silence calms me. I am able to release the stresses that have built up inside my mind. My best plans are made in silence. I quite look forward to it.

Mei, you are a rare one, too. Hope your globetrotting is going well!