The Flatulent Philosophizing About The Chattiness Of Others 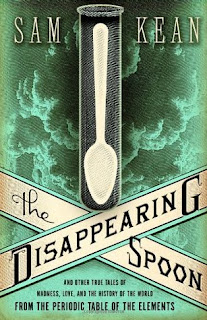 Like the uncertainty principle, the Drake Equation has had a layer of interpretation laid over it that obscures what it really says. In short, it's a series of guesses: about how many stars exist in the galaxy, what fraction of those have earth-like planets, what fraction of those planets have intelligent life, what fraction of those life forms would want to make contact, and so on. Drake originally calculated that ten sociable civilizations existed in our galaxy. But again, that was just an informed guess, which led many scientists to renounce it as flatulent philosophizing. How on earth, for instance, can we psychoanalyze aliens and figure out what percent want to chat?

Excerpt from The Disappearing Spoon
by Sam Kean

It's challenging to get away from the expectations of supposedly reasonable people, even on this planet. Apparently aliens are imagined to be quite sociable too. Is it so hard to imagine that they're perfectly happy and have no desire to connect with the entire rest of the universe?

Oh how we project.